…taken by a very lucky hunter – massive and old. 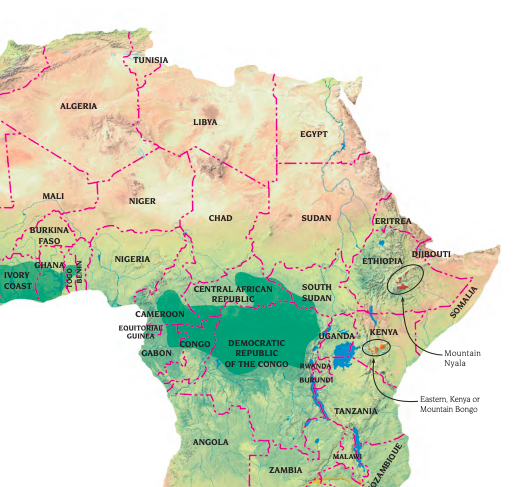 Also known as the Kenyan Bongo, as it occurs only in the Aberdare Mountains at the base of Mount Kenya. Much darker than his Western bongo cousin, this is perhaps the most beautiful antelope in Africa, and also one of the hardest to hunt, as best said by James Mellon in his iconic book African Hunter; 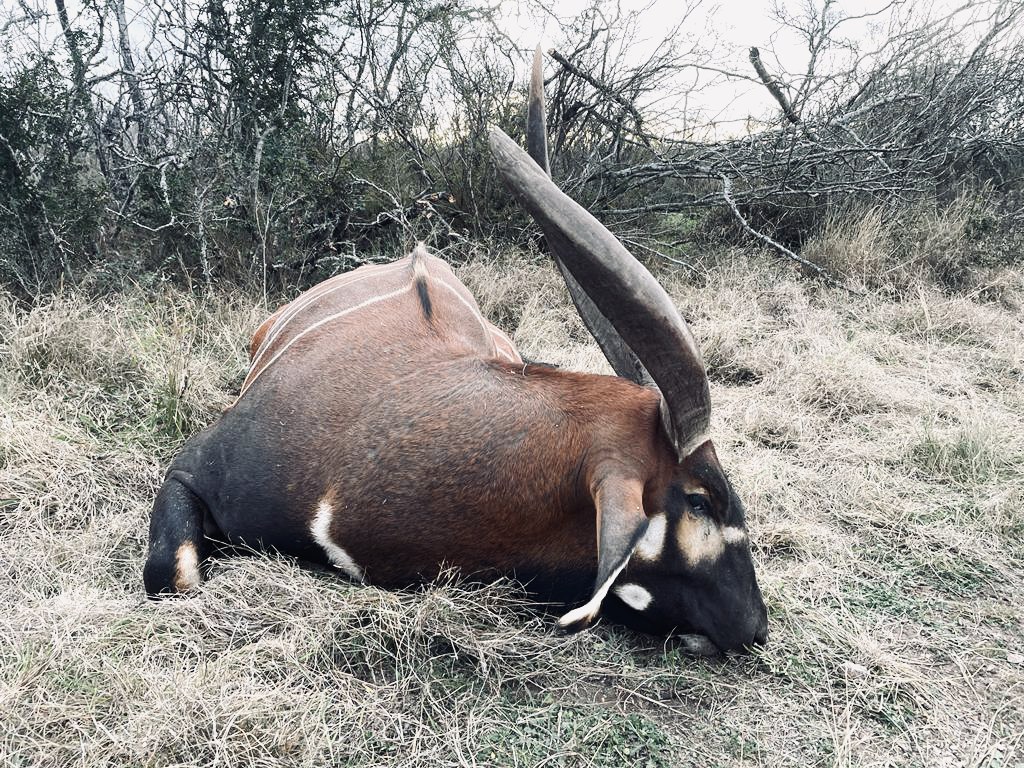 “After my first shoot in the Kenya mountain forests, I went around telling all my friends that bongo were the worlds most difficult animals to hunt. Those who had been further afield than I took fierce exception; they spoke haughtily of Markhor, Himalayan tahr, Abyssinian Ibex, and Marco Polo sheep. ‘Hunt those and you’ll change your mind,’ they said. I proceeded to hunt and shoot them all, only to remain unshaken in my conviction about the bongo. Meanwhile, the men I sought to persuade went bongo hunting and came back shaken – and convinced”. 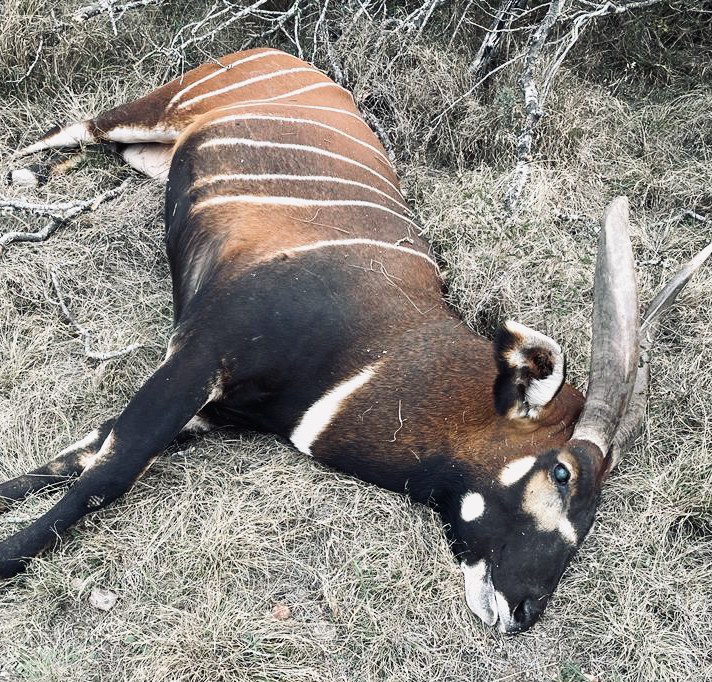 Unfortunately no hunter will ever have the privilege to hunt one of these incredible animals in their native Kenya, since hunting was banned there in 1977. In addition, the Kenyan population is under incredible pressure due to habitat loss, where pristine mountain rainforest is now farmland. 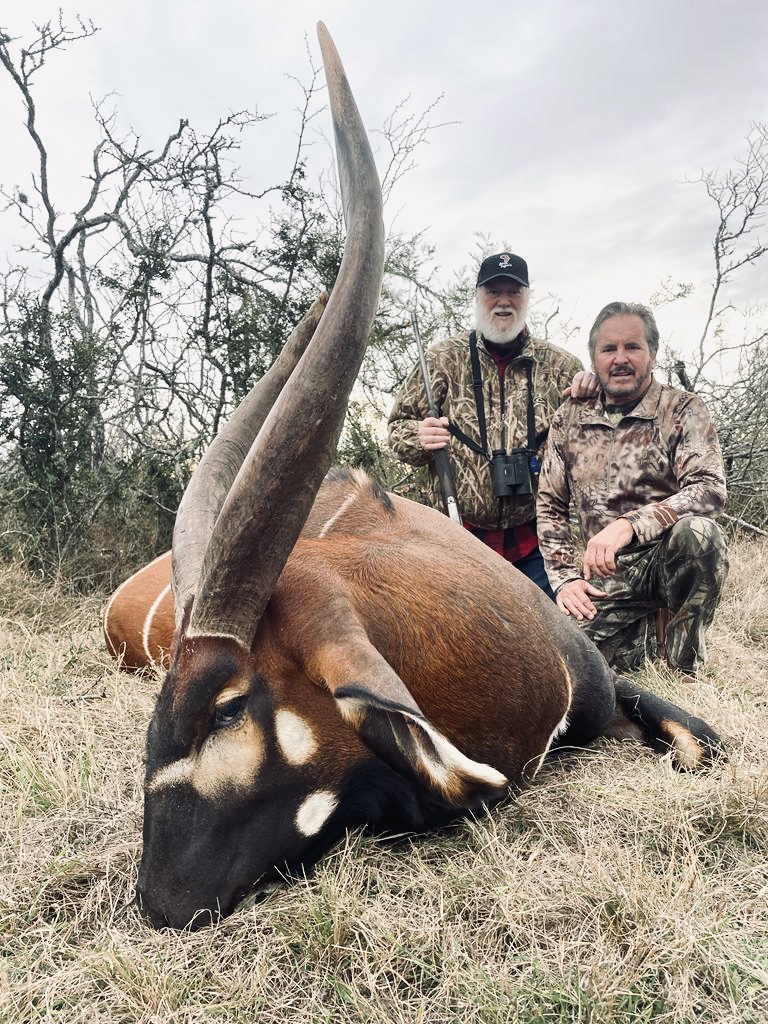 We at the 777 Ranch have put a huge amount of effort into preserving this incredible animal, and are very proud to say that our herd is roughly half the size of the entire wild population left in Kenya. Not only that, as can be seen from the picture, this bull is ancient – this only happens when you have the right conservation policies in place to allow animals to reach this age. Something we pride ourselves in at the 777. 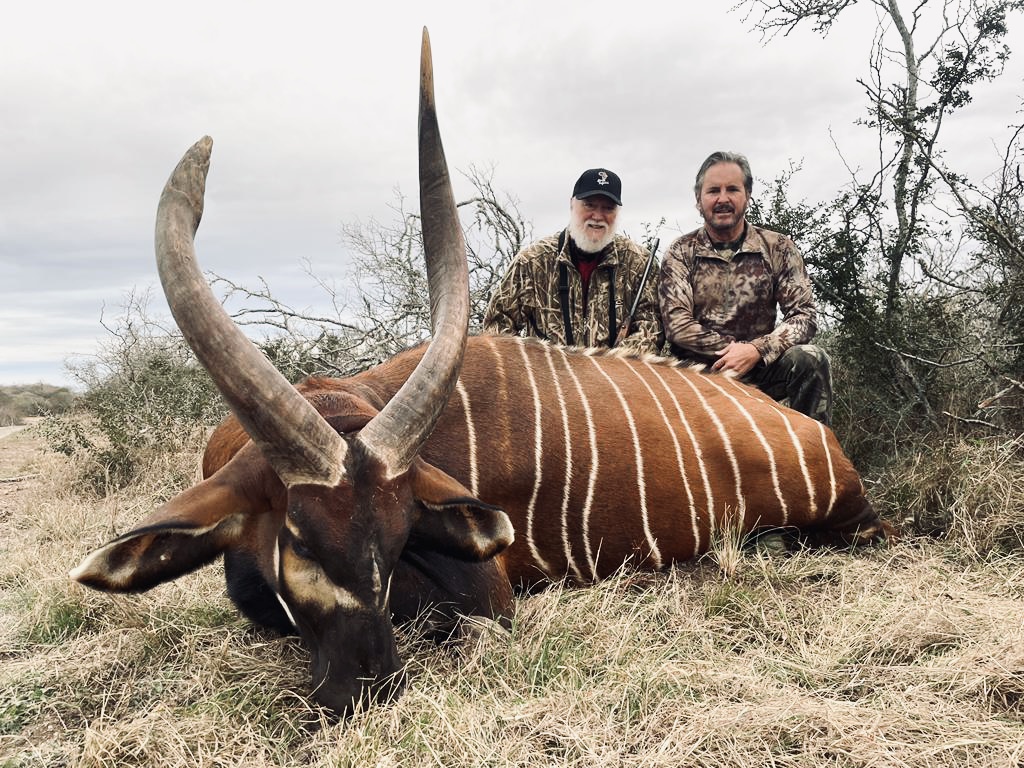 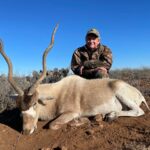 The 777 Ranch has been the premier hunting ranch in the United States for 50 years. Since Jeff Rann, African Dangerous Game Professional Hunter, acquired the 777 Ranch, he has made it his goal to bring a bit of Africa to Texas.